Only Labour will increase police numbers 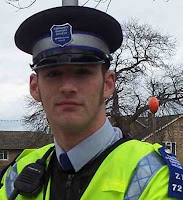 If the Conservatives had their way, they would make sudden cuts to the Home Office budget of £160m.

"I know what an important role each of our police officers play in keeping the streets and neighbourhoods of Crewe and Nantwich safe.

“There are now Neighbourhood Policing Teams at work in every area – and since 1997, police numbers are up by more than 14,000 nationwide, alongside nearly 16,000 Community Support Officers.

“I’m committed to making sure there’s a visible police presence on our streets. Unfortunately, David Cameron cannot say the same. His plans for sudden cuts in the Home Office budget would be equivalent to slashing the number of police officers in England & Wales by more than 3500.”
Posted by David Williams at 07:12