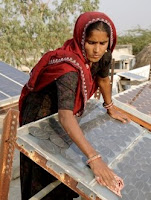 The DFID White Paper commits the UK Government to meeting the UN goal of 0.7% in aid spending and on achieving the UN’s Millennium Development Goals on poverty, hunger, disease, maternal health, and schools. It also sets out new priorities, including:

• making sure every pound of UK aid is spent well

David Williams said, “People in Crewe and Nantwich can be proud that the Labour Government is leading the world with it’s commitment to the poorest. At a time when some are questioning whether we should be cutting our aid budget, Labour is committed to investment for social justice both at home and abroad.”

Since 1997, Labour has helped lift 3 million people out of poverty each year. The proportion of the world’s population living in poverty has fallen from a third to a quarter. Labour created the Department for International Development in 1997. DFID is now acknowledged by the OECD not just as the best aid administration in the world but as an outstanding development agency.

Tony Blair and Gordon Brown led the G8 through the Gleneagles process in 2005, at the time of Make Poverty History and Live 8, cementing international commitments to aid, debt relief and development. At the London G20 summit, Gordon Brown made sure the poor were at the heart of the global response to the economic crisis.

Labour has kept promises on aid. We are on track to reach this historic UN target of 0.7% of national income by 2013. Britain is now regarded as the leader on aid effectiveness in the G7. We have provided leadership on climate change, proposing a global fund of $100bn to support the world’s poorest, who will be hit worst and first.

Picture: Kamla is from a drought affected region in India. She is the first woman trained as a solar engineer in Rajasthan. Photo: Robert Wallis/Panos Pictures
Posted by David Williams at 07:14