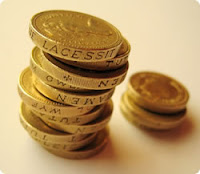 The Government today set out a package of real help to benefit consumers during the downturn:

Fair rules for debt enforcement – new measures will be introduced to provide clarity for debtors and certainty for creditors in advance of full independent regulation of the bailiff industry. Bailiffs’ powers of entry and force will not be extended and reforms to charging orders will not be introduced. There will be consultation which will set out the new rules and the way forward.

National Fraud Strategy – later this week the Government will set out the action it will take to tackle fraud which costs the UK £14 billion a year, and protect consumers from mass marketed frauds such as bogus lotteries, get rich quick schemes and investment scams.

Debt Relief Orders – from April, people on low incomes with limited debts who could not previously afford to go bankrupt will able to write off their debts and start again after a period of 12 months. This is not an easy option for people in debt – the insolvency will be a matter of public record and creditors will be able to apply to have the order revoked. But it will help those trapped in poverty.

The Money Guidance pathfinder - impartial sales-free advice on money issues will be available in the North West and North East of England from next month. It will help people stay in control of their finances, help them cope with income shocks and avoid the distress of problem debt.

Debt advice - the Government is currently reviewing the provision of debt advice to tackle any gap between capacity and demand and ensure we get the most out of the existing network of providers. This work will conclude before the summer. The Government invested £15.85 million in the debt advice sector at the last Pre-Budget Report in addition to the £130 million invested since 2006.