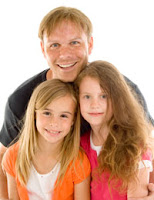 David Williams has attacked Edward Timpson MP for uniting with the Lib Dems in opposition to Labour’s Welfare Reform Bill. The Bill will help parents on benefits to get back to work. But while David Williams supports the plans he says the opposition of the Tories meant they were repeating the mistakes they made in last recession.

“No one should spend their lives living off the taxpayer and these new laws will see everyone on benefits expected to do something to prepare for a return to work. I challenge Mr Timpson to stand up for the people of Crewe and Nantwich and tell his leader that we want a fairer benefits system.

“There are over 1100 lone parents on benefits in Crewe and Nantwich who could be better off thanks to this extra help. The Tories bang on about people being trapped on benefits but when the opportunity came to do something about it they opposed Labour’s action.

“The Tories opposition to this Bill is bad news for people on benefits and for taxpayers in Crewe and Nantwich. The Tories would leave parents on benefits and do nothing to stop children growing up in poverty.”
Posted by David Williams at 07:28