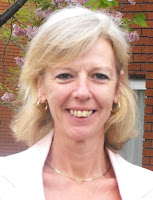 Tamsin has decided not to seek selection in Crewe and Nantwich and is supporting David Williams’ bid.

Tamsin said, “I have known David for over 20 years, since he first came to help my mother in the 1987 General Election as a young trade union activist from Bentley’s. He went on to be my mothers’ agent at the next election and I know she always rated David very highly.

“David worked closely with me during the by-election and provided tremendous support in a difficult campaign. We share a commitment to create a better society by tackling crime, poverty and inequality.

“I know that David is the best placed person to win back Crewe and Nantwich at the next general election.”
Posted by David Williams at 18:16