"Climate change is something we all need to be concerned with”, said David Williams, Labour’s Parliamentary Candidate for Crewe and Nantwich.

On 26 June the Labour Government published The Road to Copenhagen, Britain’s pitch for what the deal should include at UN climate change summit in Copenhagen in December. This makes clear that, Britain will be on the side arguing for action.

David Williams continued, “When I’m on the doorsteps in Crewe and Nantwich people often raise with me the issue of climate change. They are worried about what kind of planet we are going to leave for the next generation.

"If we do act, we could have a more stable climate and new jobs in Britain.

“The Government’s Road to Copenhagen document will be sent to schools, libraries, citizen’s advice centres and other places across Crewe and Nantwich. I hope everyone takes the opportunity to have their say on this crucial issue.” 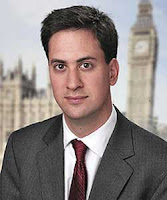 Ed Miliband, Secretary of State for Energy and Climate Change, said, “This is make or break time for our climate and our future. With less than six months to go before crunch negotiations in Copenhagen, it’s clear that there is no ‘plan B’.

“The world has no option but to work together to get a global climate deal that’s ambitious, effective and fair. Our climate manifesto puts the British public in the front and centre of our efforts to get a climate deal.

“For people in Britain, getting a global deal now will mean reducing the risk of devastating future climate impacts and the huge extra costs that would bring. But it will also open the door to big new opportunities to create green jobs and economic prosperity.

"The challenge for Britain is to show the way to a low-carbon future, but we also need to get all countries signed up to acting as well. We can help tip the balance by our own actions and by persuading other countries to join a global deal at the UN meeting in Copenhagen, this December."

Act on Copenhagen website
Posted by David Williams at 07:02