“We have come a long way from the days when moving the station to Basford was on the cards. I brought the then Secretary of State for Transport, Geoff Hoon, to Crewe to listen to local Labour councillors, trade unionists and the campaign group CREAM make the case against that proposal. I am delighted that he listened.”

“However, getting the Basford proposal off the table was not enough. We needed a commitment to redeveloping the station on its existing site.

“Therefore I brought the new Secretary of State to Crewe station to make the case for the Crewe Gateway project. Lord Adonis heard our arguments and promised to look further into the project. 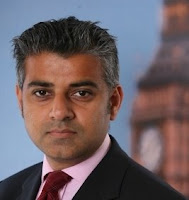 Speaking in the House of Commons yesterday, Rail Minister Sadiq Khan MP said, “The Crewe railway gateway scheme was confirmed as a regional priority for investment in February. The Department’s officials are ready to discuss with Cheshire the way forward on this scheme once the major scheme business case has been submitted.”

David Williams concluded, “I am delighted that the Government has listened. We now need the full commitment of Cheshire East Council to make sure that progress is made.

“I hope that there will not be anymore dithering, diversions or delays with nonsense proposals like shifting our railway station two miles out of Crewe. I am pleased to have played a part in getting this project back on the tracks.”