The constituency of Crewe, Cheshire need a Labour MP 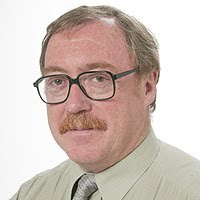 I wish him well next Thursday. This constituency needs a Labour MP once again, after losing the by-election in 2008 to Tory Edward Timpson, heir to the High Street shoe repair shop fortune. Timpot sank without trace at Westminster, as I predicted. David Williams, a former shop steward at the town’s Rolls-Royce plant and on the buses, is a much better bet. He was agent to Gwyneth Dunwoody when she was the MP, and these days he’s political officer for shopworkers’ union Usdaw.

David halted in its tracks the daft idea of moving Crewe station out of the town centre, and secured funding to develop the magnificent Victorian building. It must be the only junction to star in a music hall song “Oh! Mr Porter…

He jokes: “I’ve worn out six pairs of shoes in this campaign – I can’t get them mended because the Tory candidate owns all the repair shops in the Crewe and Nantwich constituency!” 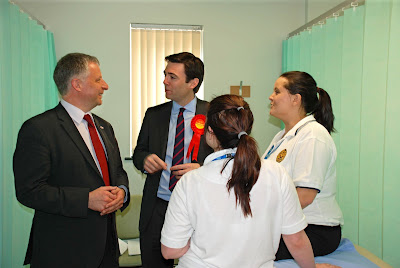 The constituency of Crewe, Cheshire need a Labour MP
Posted by David Williams at 07:38