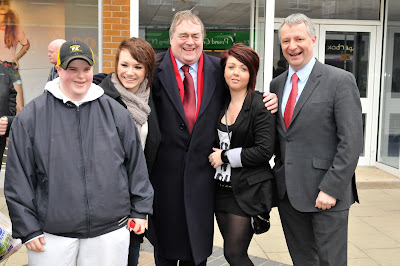 David said, “John proved to be very popular with the shoppers in Crewe, especially with young people. There were many very anxious to hear what he had to say and to have their photo taken with him.”

Photo courtesy of stefbennettphototography.com
Posted by David Williams at 19:05