Questions to the candidates: David Williams on Law and Order 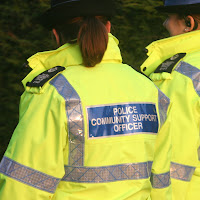 Neighbourhood policing has been a big step forward. Every time I raise constituents’ concerns I receive an immediate and positive response from local PCSOs and police officers who are eager to help.

I know how effective these measures have been because I work with retail employers against crime and anti-social behaviour in shopping areas. I organise a high profile campaign to protect shopworkers from violence, threats and abuse for my trade union Usdaw and lobby Government and councils for action.

In this global economic downturn we feared crime would increase. It rocketed in the Tory recessions of the 1980s and 1990s. However, Cheshire’s overall recorded crime is down by 9% over the last year, unheard of in a recession. It shows that Labour’s action has made a lasting difference and I’d like to thank the police for their hard work in achieving that reduction.

The Tories offer nothing but fake statistics and an immediate 10% in the police budget, with further savage cuts to come. They make up stories suggesting Crewe and Nantwich is a dangerous and violent place to live, which I totally reject.

Despite the improving situation, too many people’s lives are blighted by crime and anti-social behaviour, so we have much more to do. If Labour wins the election we will tackle the most difficult families; providing help to overcome issues of truancy, criminal activity, vandalism and anti-social behaviour that so often brings down a neighbourhood.

Labour is the only party that offers tough action on crime and continued investment in a highly visible uniformed presence on our streets.
Posted by David Williams at 07:15